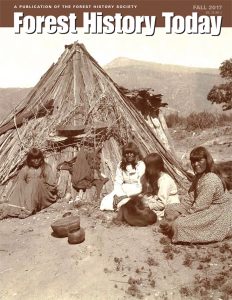 HRI Outreach Associate, Sara deFosset, authored an article in the Fall 2017 issue of Forest History Today entitled “The Plight of the Hemlock in Eastern Forests.” Ms. deFosset’s article details the importance of eastern and Carolina hemlocks in eastern North America, their decline caused by the invasive hemlock woolly adelgid, and some of the efforts taking place to combat the problem and restore the health of hemlock populations.  She also places the current crisis within the historical context of hemlocks in the ecosystem, noting, “Although large-scale disturbances to eastern hemlock populations have occurred at least twice before in prehistory, and again in relatively modern history, we nonetheless feel the current loss of eastern hemlock deeply.” 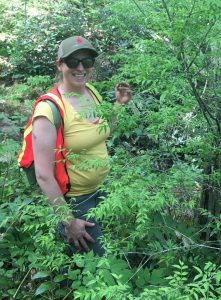