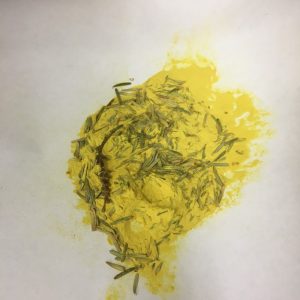 Camcore is a non-profit, international tree breeding organization based at North Carolina State University. Its work focuses on maintaining a broad genetic base of tree species, many of which are especially suited to plantation forestry as well as several threatened conifers native to the southern US, including the eastern and Carolina hemlock. 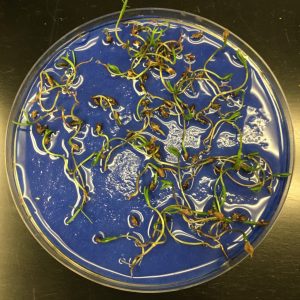 Sprouted seedlings ready to be planted

A major emphasis for the group is the establishment of ex situ (off site) genetic conservation through seed storage and the planting of seed orchards. Camcore has collected seeds from over 700 eastern in 73 populations and 130 Carolina hemlock in 19 populations since 2003.  Seed storage through both cold storage and cryogenic deep-freeze helps maintain a large number of seeds from across the range of eastern and Carolina hemlock.  Seed orchards provide a way for conserved lineages to continue producing new seeds.  These efforts will go far towards ensuring that the genetic resources of North Carolina’s two native hemlock species will be preserved.

Two stories from the USDA Forest Service SRS blog detail Camcore’s recent work with hemlocks.  One, published in 2017, describes the selection of collection sites to conserve the most genetic diversity, and another, from 2020, discusses two new seed orchards in North Carolina and Tennessee where new plantings of hemlocks and other imperiled native conifers were installed. Additionally in March, 2020 HRI volunteers helped plant a new Carolina hemlock seed orchard just outside of Linville Gorge.

You can also learn more about Camcore’s work with hemlocks and other tree species on their website.