What Others are Doing

The NCDA&CS Beneficial Insect Lab has been working on studying and rearing HWA predators. At their facility in Cary, NC, they are now working to raise Laricobius beetles that can be strategically released in North Carolina. The lab began rearing Laricobius nigrinus and L. osakensis beetles in 2018. The first releases of Laricobius osakensis took place in February of 2020. Feeding those little guys takes a lot of work and a lot of HWA. If you have HWA infested trees and would like to help out, you can send them cuttings to supply the beetles with food. Contact Steve Turner through their website if you are interested. 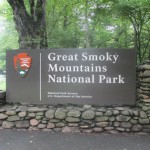 Scientists first discovered hemlock woolly adelgid in Great Smoky Mountains National Park in 2002. Since then, the park has “created the most ambitious program in the Southeast aimed at protecting hemlocks.” Learn about their biocontrol efforts here.

Researchers at Virginia Polytechnic Institute and State University (Virginia Tech) have led the charge on Laricobius predator beetle research.  A team led by Dr. Scott Salom is exploring a variety of research areas for biological control of HWA, which you can read about here. Virginia Tech also hosts a database of HWA predator release sites, facilitating the sharing of information between different research groups and stakeholders. You can learn more about Virginia Tech’s involvement in biological control research and release efforts in this article.

Western Carolina University has embarked on a new research project with the aim of streamlining Laricobius predator beetle rearing and monitoring protocols. The research is a collaboration between Western Carolina University and the NCDA&CS Beneficial Insect Lab, with funding support from the NC Policy Collaboratory.  You can read a story about the collaborative research here and local news coverage here. Initial results from Dr. Angela Mech’s research suggests that releasing Laricobius eggs could result in higher survival rates than rearing beetles to adulthood in the lab.

The New York State Hemlock Initiative (NYSHI) and Cornell University are researching Laricobius nigrinus beetles as well as two species of silver fly (Leucopis argenticollis and L. piniperda) which are native to the Pacific Northwest.  NYSHI is also partnering with the National Phenology Network to track HWA phenology.  Learn more about these two projects on their website.