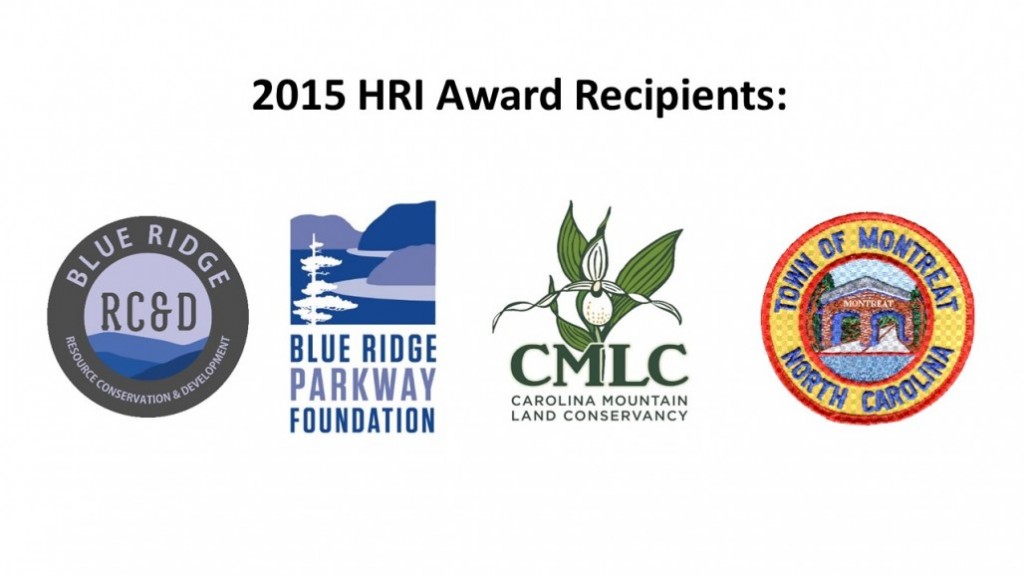 The recipients are: Blue Ridge Parkway Foundation, Blue Ridge Resource Conservation and Development Council, Carolina Mountain Land Conservancy, and the Town of Montreat. An additional $20,000 has been earmarked for a fifth project, to be announced at a later date after details are finalized.

Together, the four projects advance an integrated and complementary approach to pest management and hemlock restoration: chemical treatment to stabilize hemlock trees until more lasting solutions are available, predator beetles to provide long-term adelgid control, and public education and outreach to a broad community base to ensure all of Western North Carolina understands the impacts of the adelgid and the opportunities to recover from its initial wave of destruction.  The awards program began in 2014 when three projects were awarded a total of $75,000.

“The positive outcomes of the projects funded by 2014 HRI awards excite us about the opportunity this year’s awardees have to keep building momentum for this long-term endeavor,” said Margot Wallston, Statewide Coordinator for the Hemlock Restoration Initiative. “Two of the four awardees will continue projects initiated with 2014 award funds, while the other two will help increase the diversity of partners working to make hemlock restoration a top natural resource management priority.  We are grateful to Agriculture Commissioner Steve Troxler and the North Carolina Department of Agriculture for making a second round of award funding available.”

To see the full story go to BlueRidgeNow.