HRI is excited to congratulate a team of 41 North Carolina Forest Service employees who earned the NCDA&CS Excellence in Team Accomplishment Award for a large project to treat hemlocks across multiple state lands. The team consisted of NC Forest Service staff from the Forest Health branch, NCFS District 2, the BRIDGE program, as well as two NC State Parks staff. The award was presented in an online ceremony in July 2020. 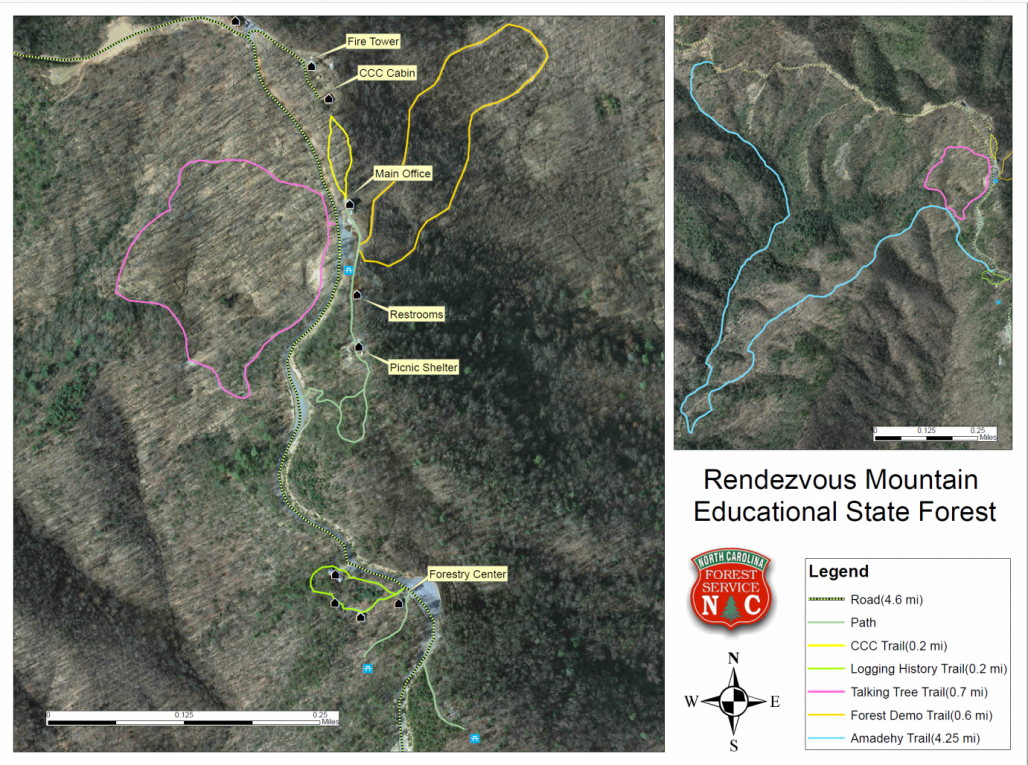 Rendezvous is where the majority of the 41,620 hemlocks were treated. 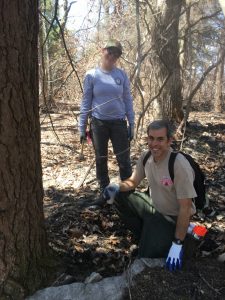 HRI has partnered with the NC Forest Service since our inception, operating both collaboratively and in parallel, to protect hemlocks on state lands across North Carolina, including close coordination with staff from the Forest Health branch and BRIDGE program. We are honored to work with them and are proud to see this particular project recognized as an enormous feat of hemlock conservation.

The award was recently featured on the NCDA&CS blog, where Brandon Herring writes:

“Two people with big ideas for getting the job done was not enough,” said [Rob] Trickel, the head of the Forest Health branch of the N.C. Forest Service. “Forest Health West knew to be successful, they would need to be very organized to have equipment ready, to create procedures for safety and to get the right personnel and keep them motivated.”

“It was steep and rough. We’re talking about 40 to 50 pounds of chemical in each pack, plus tools and equipment, and it was cold. Where hemlocks grow, the wind blows,” said Craig Lawing, a forest health specialist and one of the two team leaders. “We all did our job and did what we were supposed to do from the commissioner on down. No one person made this job work.” 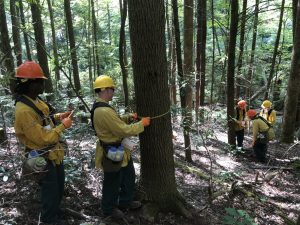 The actual treatment often involved trekking over mountainous terrain and up to three miles into a forest. Getting imprisoned workers through the BRIDGE program (pictured right) was the key to a quick-moving, successful project.

The following 41 employees were honored with the Excellence in Team Accomplishment Award:

A huge thank you to everyone who made this project possible! We commend you for all your hard work and effort and look forward to watching the trees’ recovery in the years to come.