At least ten distinct species of hemlock exist in the world today. A new species, Tsuga ullengensis which occurs on Ulleung Island in Korea was delineated in 2017 by Holman et al.  All Tsuga species occur at roughly the same latitude. 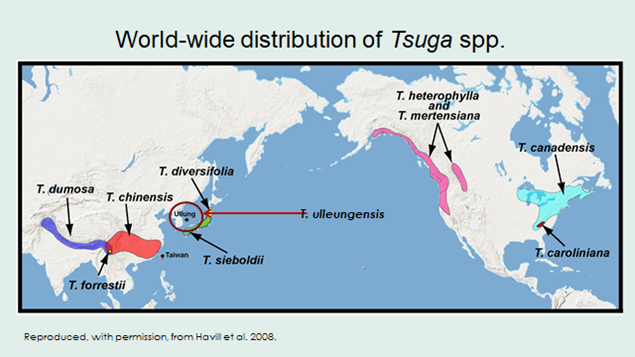 Most are found in Asia, while North America is home to four and the southern Appalachian Mountains are home to two of these: the eastern or Canadian hemlock (Tsuga canadensis) and the Carolina hemlock (Tsuga caroliniana). 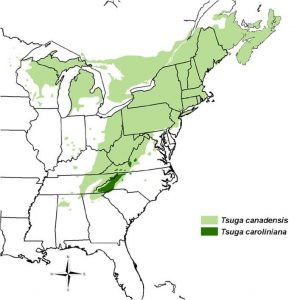 The Carolina hemlock has an extremely limited range—endemic to the southern Appalachians, it occurs primarily in Western North Carolina with a few small pockets in neighboring states. The eastern hemlock, on the other hand, dominates the eastern forest landscape, occurring up and down the east coast from Canada to Alabama, and spreading as far west as Minnesota.

In southern Appalachian forests, Carolina and eastern hemlock occupy distinct ecological niches. The Carolina hemlock is a relatively small tree reaching heights of 40-60ft. It is found on drier ridge tops, bluffs and rocky outcroppings. Its primary importance lies not in its dominance but in the contribution it makes, as a rare species, to global biodiversity. Despite its rarity, it appears to be more closely genetically related to its Asian cousins than its eastern counterpart. 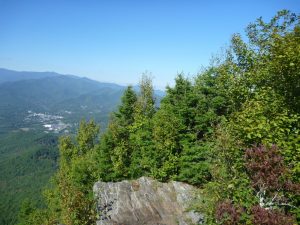 The eastern hemlock is a forest giant. Affectionately nicknamed the ‘redwood of the east’, it can live for over 500 years and reach heights of more than 170 feet. It is typically found in riparian areas, growing along headwater streams, in moist, shady groves, and on north facing slopes.  Many of the special services they deliver follow from their “shady” character. Eastern hemlock possesses the unique ability to persist for decades and even centuries in the near complete shade of the forest understory (where other trees would languish) in anticipation of the disturbance that will provide light and space for it to shoot rapidly upwards to join the forest canopy. 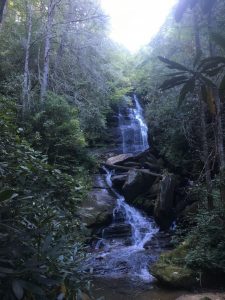 Like the redwood, it has the power to re-make the forest in its own image, creating a particular ecosystem around itself, which differs significantly from hardwood forests; and in which it and countless other plant and animal species thrive. It is also among the most genetically distinct of all the hemlock species, perhaps contributing to its particularly pronounced vulnerability to HWA pressure.

The foliage of the eastern hemlock is dense, dark green, nitrogen rich, and by benefit of being evergreen, available year round. It reaches from the forest floor to the canopy, creating a ladder like structure used by wildlife for habitat and mobility. 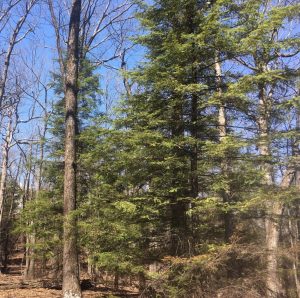 Foliage reaching from the forest floor to the canopy provides important habitat for wildlife.

Hemlock foliage is an important source of food and shelter in eastern forests, particularly in winter when hardwood trees are dormant. The forest floor in hemlock groves tends to be more open than in other parts of the forest and the temperature difference that hemlocks create is apparent. One need only step into a grove in summer to notice its distinctive coolness. The shady, cove environment created by forested hemlock stands is important for forest diversity in a general sense, and specifically, in terms of plant and animal biodiversity in both aquatic and terrestrial environments. Hemlock groves break up the otherwise homogeneous character of hardwood forests, offering a different set of environmental circumstances and providing an island of moist green which many species depend on. 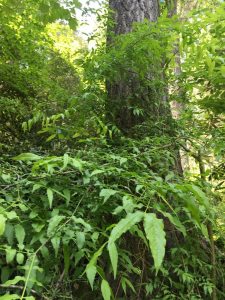 Shady hemlock groves provide ideal habitat for delicate native plant communities. Some plants, like the hemi-parasitic pirate bush which is endemic to a small region of the southern Appalachians and appears on the federal species watch list and North Carolina’s endangered species list, are found almost nowhere else.

Likewise, numerous bird and other animal species are strongly associated with hemlock forests including white tailed deer for whom young hemlock foliage is a preferred browse, and as many as 90 bird species, including the black-throated green warbler, the Blackburnian warbler and the Acadian flycatcher. Some warblers nest nowhere else. 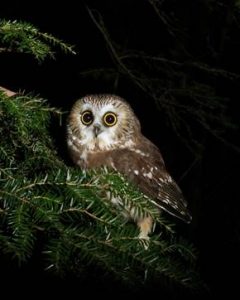 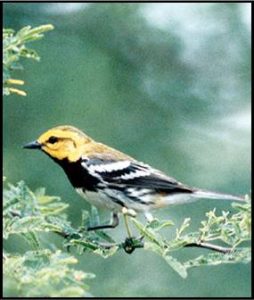 The same shading, sheltering, and temperature regulating services that the hemlocks deliver on land, they also deliver to the aquatic environments of the headwater streams and waterways that they line. In southern Appalachian watersheds, eastern hemlocks make up about 10% of total basal area, but tend to be concentrated along riparian corridors. At one study site researchers found that hemlock occupied only 6% of basal area overall, but 26% of basal area in the riparian corridor. Hemlock roots hold stream banks in place; and their branches shade the water keeping water temperatures stable, cooler, and more oxygenated—a necessary condition for many aquatic species like brook trout. 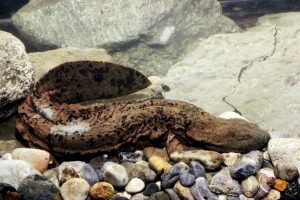 Hemlocks provide water to watersheds, and conversely, take up excess water, making flooding events less severe. Because they transpire more slowly and at a more constant rate than their hardwood neighbors, the presence of hemlocks make more water available to watersheds during the growing season. If hemlocks are replaced by more water-needy hardwoods, less water will be available during the warm months when it is needed most. During winter months when hardwood trees are dormant, hemlocks along waterways are uniquely positioned to take up excess water during peak flow events, making flooding less severe.

In addition to the negative impacts the decline of the eastern hemlock has for the provisioning and regulating ecosystem services they deliver, their loss also takes a toll on less tangible ecosystem services like aesthetic beauty, cultural value, and outdoor recreation. Standing dead trees in forests can pose hazards to visitors and dramatically increase wildfire danger due to fuel buildup. Trees that die along streams end up in the water, leading to large woody debris buildup, increasing sedimentation, and making these water ways less navigable. And, of course, standing among a grove of dead trees does not have the same emotional and spiritual resonance that a thriving, healthy forest provides. 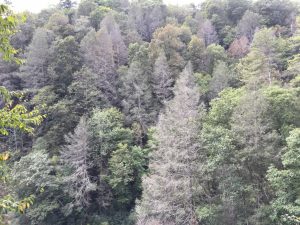 Like the redwood, the eastern hemlock holds a special place in the public imagination. Its rare ability to instill in its beholders a feeling of wilderness and sense of place has not been lost on generations of poets, artists, scientists and naturalists who have often expressed their unique affection for this tree. When taken as a whole, no other forest tree in eastern North America is equipped to deliver the diversity of services provided by the eastern hemlock. 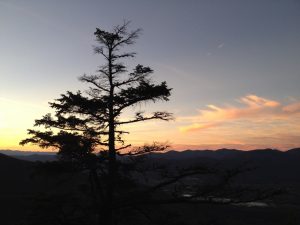 “THIS is the forest primeval. The murmuring pines and the hemlocks,
Bearded with moss, and in garments green, indistinct in the twilight,
Stand like Druids of eld, with voices sad and prophetic.
Loud from its rocky caverns, the deep-voiced neighboring ocean
Speaks, and in accents disconsolate answers the wail of the forest.”