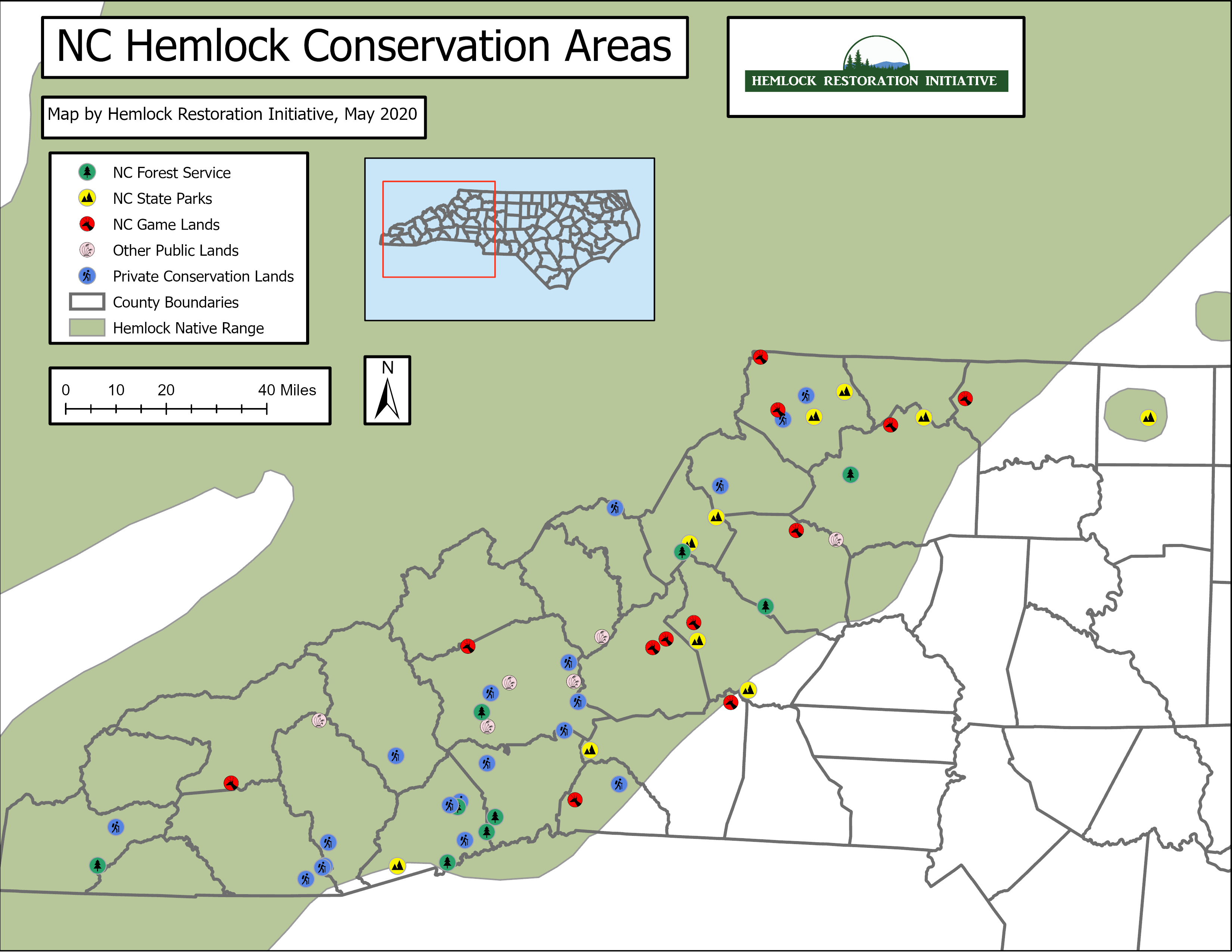 Hemlock Conservation Areas (HCAs) are discrete areas in forests with a significant or valuable hemlock component where some HWA intervention–either chemical, biological, or both–have taken place.  While some HCAs were established a decade or more ago with chemical treatment by state agencies in North Carolina, others have been established since the creation of HRI, and many of the older HCAs have recently been expanded to include additional trees.  This means that the health of the hemlocks in these HCAs varies. We are actively evaluating the condition of the trees in established HCAs to inform what additional intervention is needed moving forward.

The sites listed below contain one or more HCA. To date, HRI and our state and non-profit partners have established over 140 HCAs in North Carolina. (North Carolina’s national forests and parks also have a number of HCAs that are being actively managed, but are not listed below.)

(additional counties containing that site are listed in parentheses)