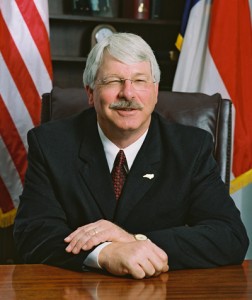 The N.C. Department of Agriculture and Consumer Services will use $250,000 from the state’s legal settlement with the Tennessee Valley Authority to continue supporting the Hemlock Restoration Initiative, which began last year. Over the next three years, the investment will support direct interventions on state and private lands, coordination of resources, and increasing volunteer efforts to save hemlock stands throughout the state.

Hemlocks across Western North Carolina are being decimated by the hemlock woolly adelgid, an insect that sucks the sap of young twigs, which leads to tree death. While thousands of trees have already died in the state, an integrated approach to pest management is showing positive results for the long-term survival of Eastern and Carolina hemlocks.

“We are committed to the fight to save North Carolina’s hemlocks,” Troxler said. “No one method of treatment is going to solve this problem, and the Hemlock Restoration Initiative brings together all the knowledge and support at our disposal. We’ve got to use existing approaches – and develop new tools – to give the hemlocks a fighting chance.”

Recent efforts at combating the adelgid show promise for preserving existing stands and re-establishing hemlocks in areas where they have died. These include the introduction of predator insects that eat adelgids, the search for naturally resistant trees, and efforts to breed in resistance from similar tree species.

WNC Communities is the department’s primary partner in the Hemlock Restoration Initiative. The Asheville-based nonprofit has experience in grants management, project development and using partnerships to achieve goals that benefit the region.

In 2014, the Hemlock Restoration Initiative made three $25,000 research awards to organizations pursuing different methods to save the hemlocks:

The department is allocating the new funding over a three-year period. A portion of the money will support continued research into battling the adelgid, as well as supporting a full-time state coordinator and introduction of treatment methods on state and private lands. This funding will be used to attract matching funds from the U.S. Forest Service, private foundations, individuals and other sources with a shared goal of restoring hemlocks to their natural places.