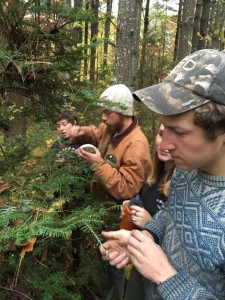 In the first year of the program, HRI Coordinator Margot Wallston, worked with a team of advisors to identify the most important remaining eastern and Carolina hemlock stands in Buncombe County and assess their appropriateness for receiving biological controls.   As of early 2016, four eastern and nine Carolina hemlock stands and two insectary sites were selected to receive beetles.  Site partners include: City of Asheville, NC DMVA, NC WRC, Montreat, and Warren Wilson College.  Through the Bringing Beetles to Buncombe program, approximately 5,700 Laricobius beetles were released in Buncombe County between October 2015 and March 2016. With additional contributions from partners, a grand total of 6,9000 Laricobius beetles are known to have been released in Buncombe County for the 2015-2016 year. Read about USFS releases in Buncombe County here. 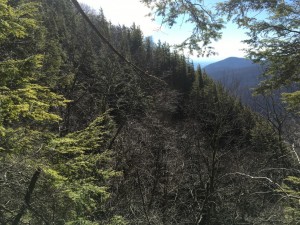 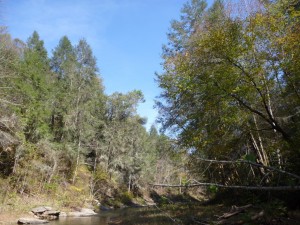 Establishing local insectaries is a critical aspect of the Bringing Beetles to Buncombe project. Across the eastern US the demand for Laricobius predator beetles far outweighs the supply. This is because, as mentioned, the procurement of beetles from distant locations is a resource limited arrangement; and Laricobius beetles have proven to be difficult to rear in a lab. In the first year of the project, the HRI established two insectaries on which beetles were released. These insectaries are intended to increase the local beetle populations in the future and to accelerate the spread of the beetles in a more efficient and economic manner. Subsequent monitoring of the sites showed positive results as several beetle adults, larvae and some eggs were easily recovered.

Insectaries and release sites are located on public land owned and managed by the State, the City of Asheville and private lands held in conservation or operated by an educational institution. Locations are spread across the county, though are more heavily concentrated on the eastern half of the county due to natural hemlock distribution.

While the stands selected occur primarily on public lands, eventually even private landowners should benefit from these initial releases. The “Lari” beetles fly and seek out adelgids to munch on regardless of who owns the trees. The goal is to build up a large enough population of beetles that the adelgid population will be kept in check everywhere.

This project will further serve everyone in Buncombe County because we all benefit from a healthy environment with clean water, stable streams, intact ecological systems, the preservation of rare species and natural vegetation communities, and a reduction in dependence on chemicals.

Another intention of the Buncombe County hemlock preservation project is to serve as a model for what local governments can do on local non-federal public lands.  The intention is working.  Already neighboring counties, inspired in part by Buncombe’s initiative, are starting to build momentum for developing a plan that addresses and supports their remaining hemlock resources. 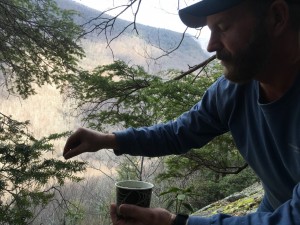 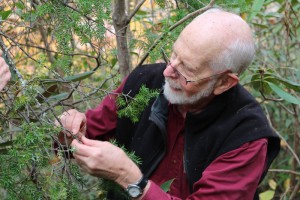